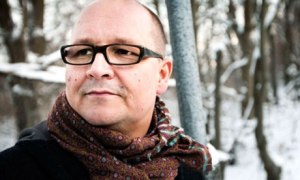 Back in 2013, the BBC sneaked out a one-off drama that pretty much rewrote the rulebook when it comes to crime drama. We were confronted with two or three main characters, who spoke directly to camera, almost documentary fashion. The story unfolded thanks to these monologues, which were skilfully edited, until we weren’t entirely sure who committed the murder. It was engrossing, interesting stuff. And now, this week, it’s back for an extended, three-part run with The Killing’s Birger Larsen once again in the director’s chair. We managed to get hold of an interview with him, and it’s after the jump.

The Killing Times: Were you pleased with the reaction to the first film?
Birger Larsen: I was very, very surprised. I loved what we did with the pilot but I was surprised that it had such a huge impact – that people really took it and that it was something new and different from what they’d seen before. We were delighted.

TKT: What made you want to return to work on another Murder film?
BL: Robert Jones and Kath Mattock are wonderful to work with and Robert’s scripts are just brilliant. You don’t get offered that many brilliant scripts.

TKT: Did you work on the development of the film this time?
BL: We had a few meetings where we threw ideas around along with the editor of the film, Jacob, but the River Tweed was there all the time. The other films emerged from the ideas that we had but we had already done most of the development with the pilot.

TKT: What did you want to achieve with this film? Was there anything that you wanted to change?
BL: The DNA of these episodes is the same as the pilot. But having one take place in Nottingham and another take place in the Scottish Borders, outside by the river in a beautiful landscape, it has to be something different. I’m always trying to achieve something which is better than last time, something which is more compelling. I never know if I’m getting there but I think we did this time.

TKT: How did the new cast react to looking straight to camera?
BL: We had a huge casting process. Some actors came to what we were doing and were looking into the camera and getting and sending the energy, and some actors couldn’t do that. It doesn’t mean they’re bad actors, it was just a different thing. But professional actors do the ‘give me something and I’ll play with you’ – and when they’ve got a good script and a weird thing going on looking into the camera, they’re up for it.