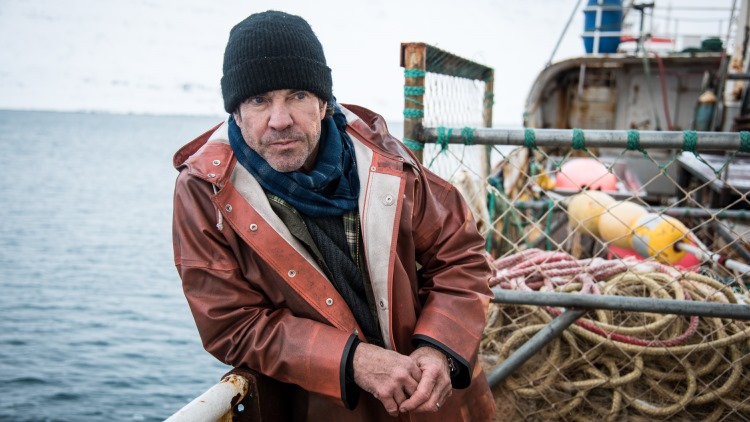 Thanks to Trapped earlier this year, Iceland has been at the forefront of crime drama fans’ minds. (Well, it has been for me, fuelling some serious wanderlust.) While Trapped was an indigenous production (more or less), we got our first taste of the island’s potential for hosting thrillers as early as last autumn, thanks to Sky Atlantic’s barmy but occasionally brilliant Fortitude. Now, with the filming for series two underway, Sky Atlantic has released the first batch of photographs.

Series two has been in production since January 2016 and these images are the first to come out of the shoot in Iceland. The images feature key returning cast members Sofie Gråbøl (The Killing) and Richard Dormer (Game of Thrones) as well as new additions to the cast, including Hollywood big hitter Dennis Quaid.

Series one of Fortitude, lest we forget, initially started off with a brutal murder in a mining town populated mostly by British-speaking people. It all went a bit pear-shaped when some ancient bones were disturbed by some children who, unbeknown to them, brought back to the town an ancient and deadly virus.

We’re told that this second series will feature a new murder, as well as a host of new characters. Look out for it at the end of the year.

For all our news and review on Fortitude, go here