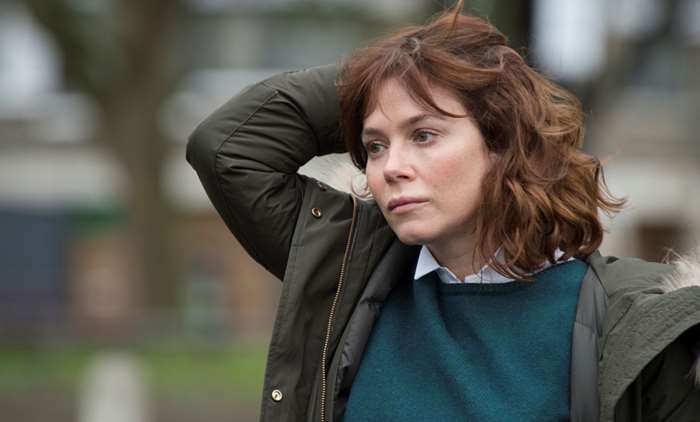 Here we are, then. The finale of a series that has caused much head-scratching and frustration but kept me interested just enough to find out who did it and why. At the end of episode seven, a final-shot twist revealed that Henry Gibson was the man now winning the killer sweepstakes, after we saw who he had imprisoned his best friend and previous prime suspect Matthew in his wine cellar. But was Gibson really the killer? I was girding myself for a final twist or two…

NB: This review has a lot of spoilers

After last night’s episode, the pace was upped again. It was watchable, it was exciting, even, and it kept me going until the end. It’s always interesting to see when a crime drama reveals its killer and what it does next, and this episode was spent trying to prove the guilt of Henry Gibson. Marcella, being Marcella, didn’t really operate by the rulebook, plucking more leads out of thin air and charging into situations like a bull in a china shop.

One particular, crucial face-off came when Jason – fired by jealousy after Tim goaded him after sleeping with his wife, and a telephone call with Marcella demanding to know if Gibson was the killer – stormed into Henry Gibson’s home and confronted him. Gibson stabbed him. Marcella soon followed. All I kept thinking was “BACK-UP! CALL BLOODY BACK-UP!” and sure enough things ended horribly. Gibson lunged at Marcella with that very same knife but thankfully she was wearing her Parka, so presumably the Tojiro Senkou deflected off the meaty outer-wear without so much of a scratch. That Parka… now we know why she has been so attached to it. Unscathed, she bashed him on the head with a frying pan and he fell to the floor, unconscious. She then had another black-out, waking to find Gibson still lying on the floor, now with his hands tied behind his back and a plastic bag tethered around his head.

This was confusing, both for us and Marcella. It was a method of killing favoured by both the Grove Park and copycat killers, and Marcella – who had been in the frame for these murders, lest we forget – had just laid out Gibson like this. I initially thought, “maybe Marcella did do it” but that was quickly extinguished when she quickly untied him and ripped the bag from his head, and (finally) called for back-up. Gibson was taken in. The rest of the episode was trying to find that crucial piece of evidence that would nail him, even though Marcella had buggered things up royally by steaming into his apartment and assaulting him. The clock was ticking until he would be released on bail. We all knew how it would end (Marcella finding something out of the blue).

So that was that, then.

Except we didn’t really get everything cleared up. Stuart was jettisoned, as was his story with Jason, even though Tim (another pretty pointless character) was on his tail; Mo the taxi driver man was nowhere to be seen; Marcella’s transgressions regarding Grace’s body – again acknowledged by Tim – were more or less swept under the carpet; Sylvie and Stephen (another fairly useless character) plodded on, and there wasn’t enough room to explore why Henry had done what he’d done. During his (semi) confession interview scene he had – rather interestingly, I thought – told Marcella and Rav that killing the others was a difficult thing to do (he had carried out the murders to try and cover his tracks with Grace) and once you’d crossed that line there was no going back. But we only got a small whiff of why he killed his sister. It was as simple as not being loved by his mother, he told his mother and step-father, who had come to tell him in his prison cell that they had arranged for him to be killed at some point in the future while he was behind bars (another pretty ridiculous-feeling element). I would have liked more exploration of the whys.

In the end, I liked the idea of a detective in the frame for a murder (or murders) they couldn’t be sure they had committed took it upon themselves to investigate the crimes. This conceit is lifted straight from classic noirs, and explores the idea that each one of us has a side to our personalities that is capable of causing harm to others. And so it was with Marcella. Her nasty side continually bubbled over the edge of the pot, but the problem was that her character didn’t seem to develop. By the end of it she was still the same old Marcella – teeth-grindingly edgy, hard and unsympathetic. In dramas – especially crime dramas – you expect that the journey for these characters to go on will result in a change, mostly for the good. Instead Marcella still stayed the same, despite the trauma of the case. She was still a character you’d hate to work with or hang out with.

There was no real counterpoint to Marcella – she was lone wolf who didn’t really find any peace or closure. Which is fine, because not every character can find these things. But when you add in some odd plot twists, clues plucked out of the air and characters that just didn’t interact well with each other, it amplified her negative traits. In the end she was someone I struggled to connect with on an emotional level. Unlike Hans Rosenfeldt’s other great fictional character, Saga Norén .

For our episode one review, go here

For our episodes four, five and six review, go here