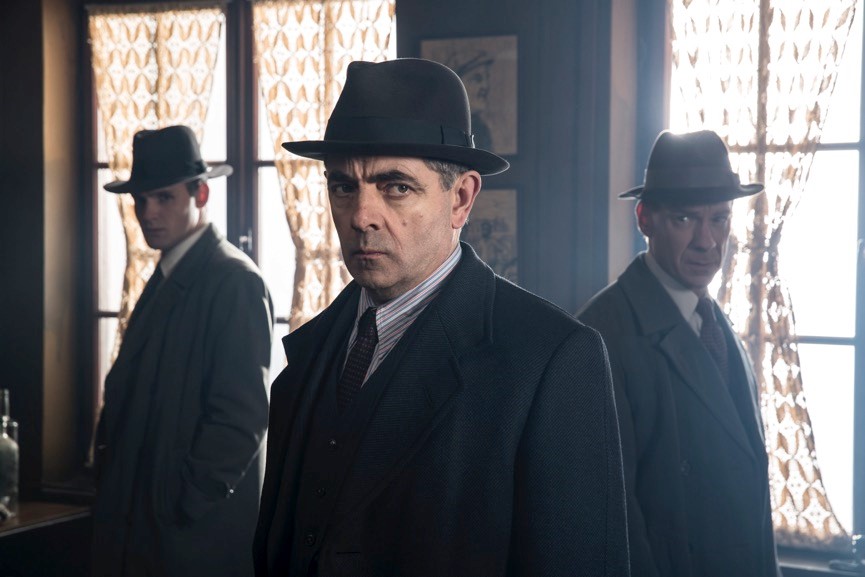 The latest adaptation of Georges Simenon’s Maigret was a huge audience hit. Airing earlier this year, it snaffled a very impressive consolidated rating of 7.2m and a 28% share of the audience. Any big-name heritage age crime story is bound to get good numbers, but the real selling point was Rowan Atkinson’s casting as the glum detective. Although he was solid enough, he didn’t exactly light up the screen. The hope was that he would get another go and develop the character. That hope has now been realised.

We always knew that there would be an initial two Maigret films – the second Maigret’s Dead Man is due later this year – and news reaches us that Stweart Harcourt will adapt two more stories: Maigret In Monmartre and Nigh At The Crossroads. The two, new films are part of a Maigret series and will go into production in November 2016 until February 2017.

Simenon’s son, John, returns as an executive producer of the new films, and Rowan Atkinson will return as Maigret.

For our review of Maigret Sets A Trap, go here

To read Was Rowan Atkinson’s Maigret Too Deadpan? go here