It’s the final game in Group B today, and it features Wales’ representatives Hinterland, who have had a disappointing tournament, it has to be said, beaten to the second qualifying spot in the group by Scotland’s Shetland. Still, there’s pride at stake here as they take on the Germans, Cenk Batu, who remain winless.

Now then, it was the final game in Group A yesterday, and this is what happened:

That means the final Group A table looks like this:

That means both Spiral and Trapped go through into the quarter-finals! 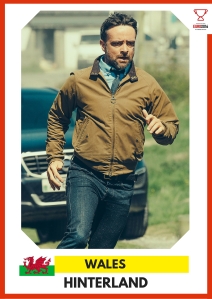 REPRESENTING WALES: HINTERLAND
Form guide: Unseeded but a big threat, Hinterland relies on the brooding force that is Tom Mathias. Mathias has high fitness levels thanks to an unforgiving regime that includes running for miles along cliff tops on his own. Currently homeless, Mathias – who’s backed by a strong team – will be playing with a chip on his shoulder. We’re expecting Hinterland to challenge the seeded teams, but reports of unrest inside the camp – especially between Mathias and burly centreback Brian Prosser – may affect its chances. 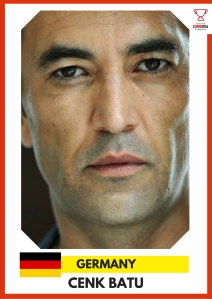 REPRESENTING GERMANY: CENK BATU
Form guide: Cenk Batu might just surprise a few people in this tournament. With Turkish/German blood coursing through his veins, undercover expert Batu is a tough centre forward, used to going it alone. But the lack of depth in the squad will probably do for this show in the early rounds, despite its huge support at home.

So who’s it going to be? VOTE NOW!

VOTING FOR THIS FIXTURE HAS CLOSED