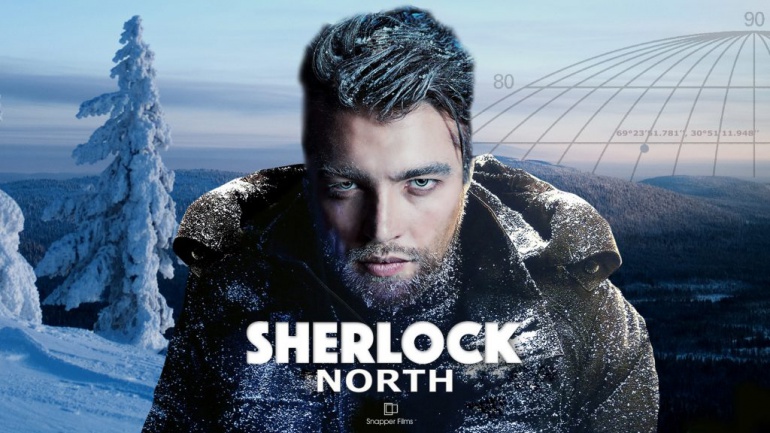 It seems people just can’t get enough of Sherlock Holmes. With countless incarnations of cinema and TV screen, and with Britain’s own Benedict Cumberbatch-starring behemoth having just finished (the US version, Elementary, is still going strong-ish), Arthur Conan Doyle’s iconic character just keep on going. And going. And going. In fact, now it’s going to Scandinavia and the Nordic countries…

Variety reports that an American/Finnish production company is getting to work on a new, 10-part series that relocates Sherlock Holmes to Finland. Why, you may be asking. This is what Variety wrote:

Not many people know it, but in 1903 Sir Arthur Conan Doyle wrote a short story, “The Adventure of the Empty House,” where after faking his his own death at the Reichenbach Falls, Sherlock Holmes travels to Scandinavia, on the run from nemesis Professor Moriarty.

Under a false identity – an explorer named Sigerson – Holmes settles in dark and cold Lapland, in northern Finland, sparking a culture clash between the upper-class, fast-talking and eccentric Brit and the down-to-earth Nordic characters.

Sherlock North has been written and created by Juha Wuolijoki, who has developed the series with the full cooperation of the Conan Doyle estate. We’re also promised a female Dr Watson from Finland, and the coldest Moriarty we ‘have ever seen’.

I got to know representatives of the Conan Doyle Estate, and we were discussing the Sherlock brand; his stay in Scandinavia  is in the book, but nobody has done anything about it. Here is a fish-out-of-water story: Holmes is hiding from Moriarty but doesn’t know how his new landscape works. But he cannot live if not involved in something. He is a cocaine user, and although he has promised his brother Mycroft that he won’t do this, he starts solving local small crime mysteries, which lead into some bigger issues, helped by a Finnish former woman doctor, Johanna Watson. Doyle did not write what he did there, we created that, and it has been totally approved by the Doyle Estate. It is a Nordic series, with a Nordic identity, with an international appeal.

I have to say I think this sounds like fun: mixing the super-popular Nordic Noir genre with the established strength of the Holmes brand? It’s a win-win, surely, and also based on a legitimate piece of Holmes lore.

More news as I get it…