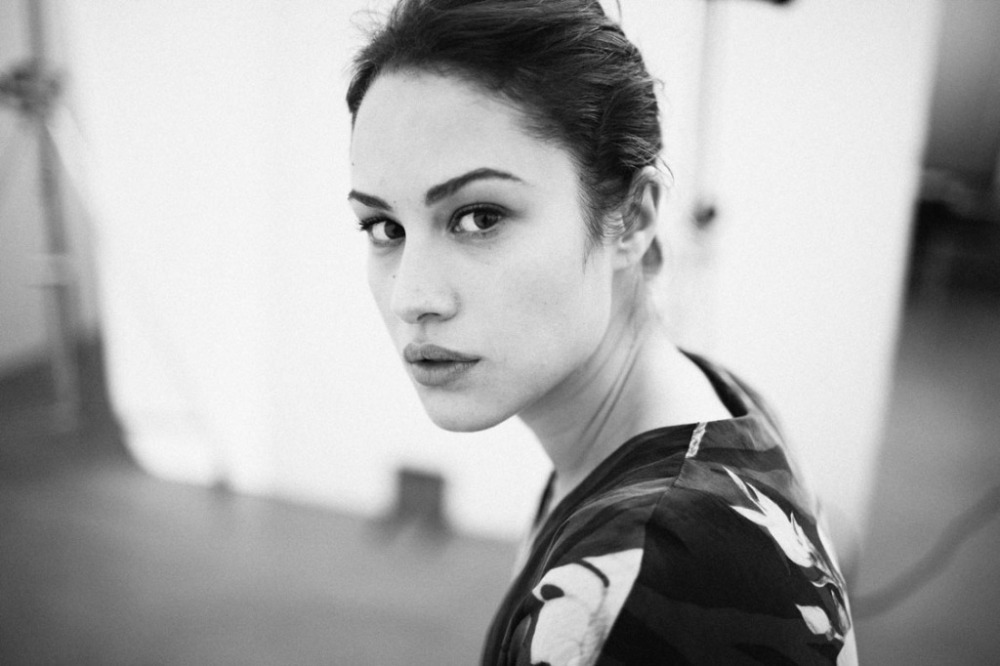 BBC4’s Spanish thriller I Know Who You Are is a sensational helter-skelter thrill ride of a series and, as we’re approaching episodes five and six, we’re still none the wiser as to whether lawyer Juan Elías is suffering from amnesia or not or whether he has murdered his niece, Ana Saura. The series – Sé Quién Eres in its native tongue – has fluctuated wildly and from one twist to the next, and in among all the characters and wildness is Eva Dúran, a young lawyer on the hunt for the truth (the fact Elías is a former tutor and lover has complicated things somewhat). Thirty-year-old Aida Folch – who started her acting and modelling career as young as 14 – is superb as the passionate, conflicted Dúran and I managed to have a chat with her about the show and the role. As you would imagine, she was charming and full of insight.

The Killing Times: Has the show finished in Spain?
Aida Folch: Yeah, it finished three or four months ago.

TKT: How was it received over there?
AF: Of course. It was very successful here in Spain. It was on a very important channel, so a lot of people watched it. A lot of people were very happy to have this TV show in Spain because it was one of the most quality TV shows we ever had. So we want to continue like that with other projects and with Pau Freixas [showrunner] because he is very talented. He works very well for the audience and it was the most successful TV show in Spain, even though it wasn’t a comedy or something that made people think much more. 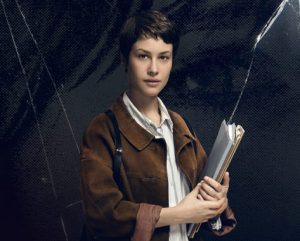 TKT: So let’s talk about Eva Dúran. Tell us about Eva in your own words…
AF: Eva is my first important role in TV, and it was very difficult. The director and I constructed the character together, but I was inspired for the look of Eva by Jean Seberg in À Bout De Souffle. Jean Seberg had the very short hair and she wore the t-shirt from the New York Herald Tribune. She had no frills and there was no sexualising of the character. I wanted the character to be like that because always the producers want you to be sexy or things like that. We did that so we could create an iconic character, and then we talked a lot about her life combined with her family. Also the relationship with Elías. The other actor, Francesc Garrido, I worked with him on another movie eight years ago. We had a very good relationship so we were able to work and construct these characters. The director said to me to watch To Kill A Mockingbird because that would be the favourite movie of Eva Dúran, because she’s like that – she believes in justice, in good people and she’s the light of the show.

TKT: Her relationship with Elías is at the heart of the show. She’s obviously had a romantic relationship with him some years ago, and she seems torn – she wants to prove his guilt but it feels like that a part of her that still doesn’t want to believe he’s guilty…
AF: Yeah, she wants to believe in him because she admires him, because for her he is a mentor. So she wants to believe him, but she thinks he’s guilty because she’s angry with him. She’s in conflict all the time. We show the chemistry in their eyes and we construct a story for them when they were together eight years ago. It was an intellectual story with passion. I don’t think Juan Elías is very intelligent, and I don’t think people realise that.

TKT: Do you think she is still in love with him?
AF: That was the question during the shoot: are they still in love with each other? He says to her after one time that that’s it, I don’t love you anymore. When she knows the truth she has to cap her emotion, but when she finds out about the all the girls – Ana Saura – and the case and the truth, she cries and cries. So it is very difficult for her because she still has some feeling for him.

TKT: And that’s one of the things that’s so great about the show: no one knows who’s telling the truth. Did you as actors know the truth or was everything hidden from you until the last moment?
AK: Everybody was very crazy, all the actors. No one knows what happens. Even the main character, Juan Elías, didn’t know if he did it or not! In the end, the director told us not to say anything. I never knew what was going to happen. I had the desire to read the next chapter in the script… I was going crazy, but we weren’t allowed to. I just could not imagine what could happen!

TKT: One of the things that’s interesting about I Know Who You Are is that it’s as much of a family drama as it is a crime drama. The scene where Alicia confronted you and you started calling each other a bitch and all sorts was great fun…
AK: Exactly. For the director that was the most important thing. It was a story about the family. And that story has a lot of juice and a lot of things to explore. So much happens in that family! He added the crime, and love story and the university on top, but for him, the family was the important thing. What are you supposed to in that family?! And that scene with Alicia, where she comes to my house… a lot of things going on there! That scene was very funny. She’s a lovely actress [Blanca Portillo] and it was very easy to work with her. It was funny, but very intense. Everyone worked so hard, maybe from six in the morning we did that scene. When we arrived at home we were exhausted. The story takes place only over 15 days. and so we had to put all our energies and passion and strength into that, but the whole shoot took two years. In the beginning, we shot for eight months, and then we did nothing because the director wanted a second season. In the end it was only one season, so we had to start back up again – the kids had grown up a bit! – and shot for another five months. It was crazy because the director wanted a lot of speed, and that’s why he used the steadycam a lot. We work a lot. It was very intense.

TKT: Eva is very passionate and fiery as a character, is that like you in real life?
AF: Yes, I am like that. I think my character is much more intelligent than me! I’m not a lawyer, so sometimes it was difficult for me to speak with technical words. But I am passionate and I search for the truth, and I believe in justice and in the character. That’s why I put everything into the job.

TKT: You’ve been in this business a long time – since you were 14 I believe – how has this TV show changed your life?
AF: Yes, I start when I was 14-years-old with [director] Fernando Trueba… I did a movie with him 10 years later, and I will do another one, too.

TKT: So you’re star now in Spain? What comes next?
AF: My life hasn’t changed so much. Now the people recognise me in the street because the show was very popular, but I was always doing things but not so commercial things. So I’m happy when the people come to me and say, “Wow, thank you, we really enjoy it”. For me, that is very beautiful because sometimes you do things and no one sees them. And that’s sad.

TKT: So what’s next for you Aida?
AF: To do a good project on the TV is very difficult, so I do an English movie in September. It’s called I Love My Man and it’s like a road movie and it’s with Kierston Wareing. It’s a comedy and it’s very funny.

TKT: Will there be a second series of I Know Who You Are?
AF: No. In fact, the director doesn’t want one, but there will be a book. So the second season will be in a book and not onscreen. I don’t even know what happens in that book, but they do continue the story.

I Know Who You Are: Saturdays, 9pm, BBC4

For our episodes one and two review go here

For our episodes three and four review go here