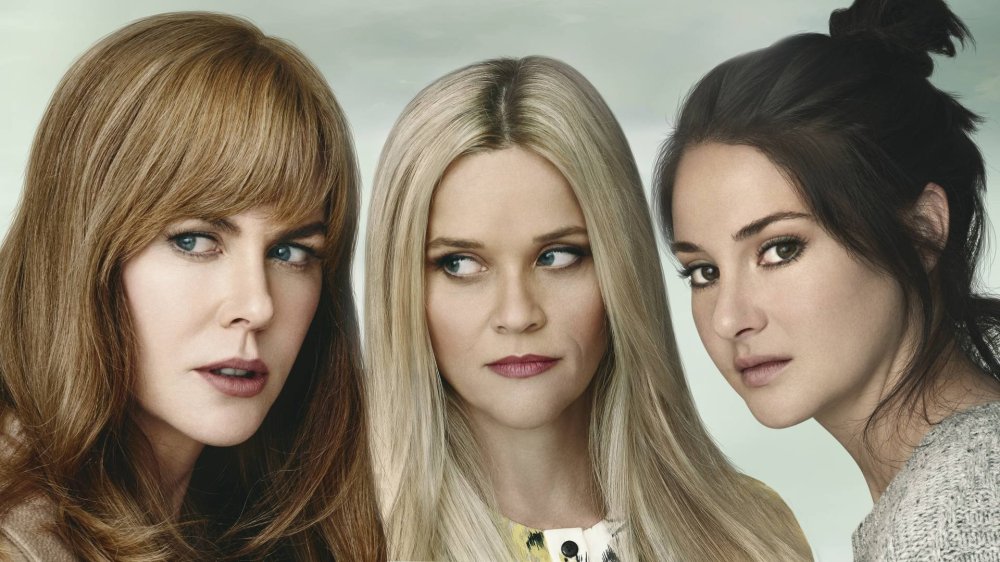 Just before we let our special guest wax lyrical about it – yes, we have a special guest – let’s just recap the plot of the seven-episode series.

It’s a glitzy, dark comedy-drama series that tells the tale of three mothers of first-graders whose seemingly perfect lives unravel to the point of murder. Reese Witherspoon, Nicole Kidman and Shailene Woodley head up a stellar cast in this Monterey-set drama that begins with a suspicious homicide at an elementary-school fundraiser. Though the victim and the perpetrator initially remain a mystery, it appears that the murder was spawned by rivalries and secrets surrounding the trio of young mums.

Someone who watched and enjoyed the series was crime writer, Mark Hill, and here’s Mark with a little ode to the series.

Congratulations to Big Little Lies, which won a bucket of Emmys this year, to the great surprise of nobody who enjoyed the hell out of this guiltiest of guilty pleasures.

Based on the Liane Moriarty novel, it featured four housewives feudin’ and lovin’ on the Californian coast. The lives of these mums are blighted by terrible secrets that threaten to rip apart their perfect lives, and they become embroiled in a murder, the mysterious details of which – who is killed, and who the killer – plays out over seven slow-burn episodes.

So far, so Knots Landing. There’s not a feast of new ideas in Big Little Lies, it’s true, but its glittering production values and the prestigious cast was always sure to turn the heads of the kind of people who dish out awards to classy TV shows.

The drama is lifted by a quartet of terrific performances by brilliant actresses. We’re talking Reece Witherspoon, Shailene Woodley, Nicole Kidman and Laura Dern – the last two won Emmys. Dreamy direction and editing moves the action backwards and forwards in time, and Big Little Lies is powered by a deft script David E. Kelley – the lawyer show guy – who carefully negotiates the wild changes in tone, as the action moves from gleaming football-pitch sized kitchens to the school gates, and murky police interview rooms.

And, let’s face it, it all looks so perfect. Big Little Lies is tea-light heaven. Set on the stunning Monterey coastline, with its yellow beaches and looming clifftops, where the Pacific Ocean crashes into the rocks below the enormous verandas of the movie stars slumming it in event television, everything has a flickering, dreamlike quality. Secrets and lies have never looked so delicious.

Mark’s debut novel, Two O’Clock Boy, is out to buy now and was hailed as,”a fantastic debut: dark, addictive and original”. Mark Billingham called it a “cracking debut” and The Times said it “grips from the start and never lets up”. Click here to have a look and purchase. Mark’s follow-up, It Was Her, will be out in 2018.