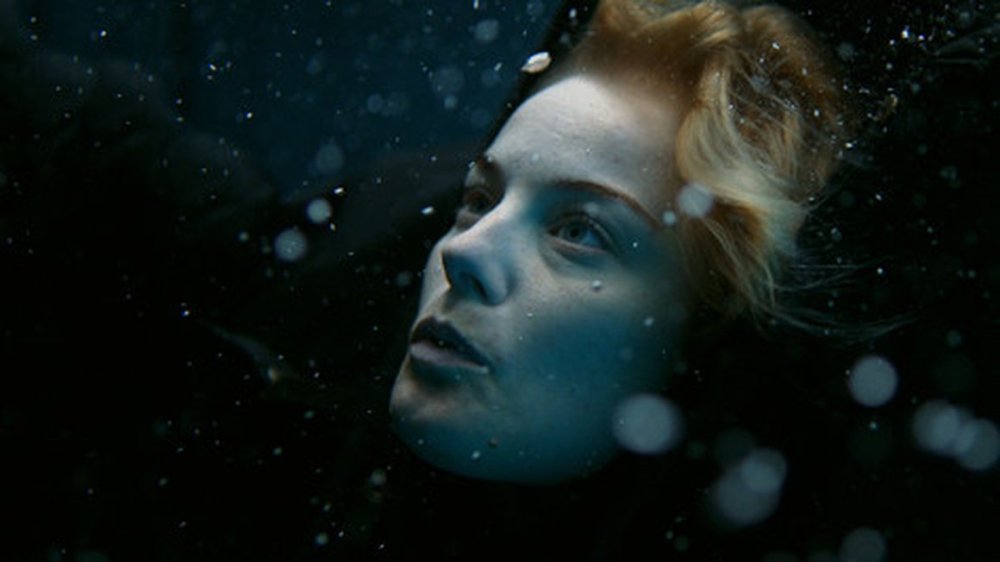 Last week’s opening installment of the third two-part story in this series saw Rebecka thrust back into life up in the north of Sweden, this time getting involved in the murder of Wilma Persson and her partner Simon, who had been sabotaged while diving in a lake in Vittangijärvi. And what was under the lake? A Nazi aeroplane, buried under the ice all these years. So we had murders, Nazis, and, in this episode, moonshine and saunas and all sorts. What wasn’t to like?

Of course, the suspects had been lined up in that first episode: could it have been the unpleasant and aggressive Krekula brothers, Tore and Hjalmar, uncle to Wilma and the ones who had given her the map to the lake? Or could it be have been known sex offender and lakesie resident, Leif Arnasson, even though he had been found dead himself?

It took a while until we found out, because for the first 10 minutes or so, Rebecka and Krister seemed to be rekindling their relationship. After their search of the lake and finding Arnasson’s body, they both decided to stop off at a Thai grill and have dinner back at Krister’s. They drank moonshine, ate and drank some more and, feeling emboldened and uninhibited, Rebecka suggested a sauna (although you don’t have to feel emboldened and uninhibited to want to have a sauna… it’s just that in this context, the sauna perhaps meant something more, a slight escalation in their relationship). Good goddamn, that sauna looked good. Rebecka was talking about her new life with Måns (what is she doing with him?), her new house and the fact that it was only a short hop to two or three kids, a dog on a leash and wearing Odd Molly kaftans. It was obvious she was not looking forward to it – or, at best, unsure about it – and the idea of being so tied down did not appeal to her. And there, finally, we saw a glimmer of what makes Rebecka Martinsson tick – she was an impulsive free spirit, the wide-open spaces of Kiruna and its surrounding, icy plains were her home and a place that could not tame nor cage her.

But back to that luscious-looking sauna. It looked so good, in fact, with a frisson in the air that rivaled the löyly, Rebecka decided to disrobe in front of Krister. Could this have been the moment where these two finally got it on?

No. Of course not.

Krister didn’t quite know what to do, or where to look, and the moment was over. Things were further complicated when, the next night, Rebecka decided to pop round to have a chat. Krister had another woman there. That was the end of that then (for now).

This gave Rebecka some breathing space to attack the case. Photographs found in Leif Arnasson’s house showed two men – who were later identified as Free Speech Norrland politician Johannes Svarare and his father Oskar – visiting the crash site and lake every April 20th… Adolf Hitler’s birthday. Further digging by Rebecka and her lovely uncle Sivving revealed that Oskar Svarare owned a truck and drove transports for the Nazis during the war. He was rumoured to be a German spy on the side, nicknamed The Fox (why do spies always have silly nicknames?) and had a partner, too: Isaak Krekula, father of Tore and Hjalmar. The axis swung back to the Krekula family, which pleased Anna-Maria no end, and she went about trying to nail them with relish.

What we had here was a family – the Krekulas – who had some deep, dark secrets that had remained buried for decades. Although neutral, World War II and Sweden have a tricky relationship and this relationship gave this episode a little bit of something extra; a historical context that extrapolated out into a dysfunctional family story. And that’s what I really liked about this two-part story, the best of the series so far.

In the end, we found out that it had indeed been Tore and Hjalmar who had killed Wilmar for fear of her finding out the truth about what was on that plane – a Nazi medal of honour, inscribed with the name of one Kerrtu Krekula for oustanding services. It was Kerrtu, not Oskar, who was The Fox.

But Rebecka Martinsson being Rebecka Martinsson, this twist was downplayed to the point of lowkey and, as Rebecka went through another trauma at the end of the episode (she was saved from drowning in an icy lake just in the nick of time) it left me wondering: will she get with Krister in the final two episodes of the series and… how much more can this woman take?!

For all our Rebecka Martinsson news and reviews, go here