Who’s this year’s top of the pops?

So here we are then – our top five crime dramas of the year. As we’ve already mentioned, the sheer high standard this year has meant that choosing our list has been the most difficult since we started the site five years ago.

A few other noteable omissions that deserve a mention – Bodyguard (for its break-out, water-cooler quality alone), Informer (which slipped through the net… there are only so many hours in the day to watch and review programmes), and 13 Commandments and Tabula Rasa (proving that the Belgians are real crime drama players). We haven’t seen Perfume on Netflix (yet) and then there’s also Danish series Kriger on Netflix.

But no matter. Without further ado…

PS. As ever, we’ll give you the chance to vote on your favourites in the next day or two.

PPS. Stand by for our enormous 2019 crime drama preview, too – if you thought this year was good… 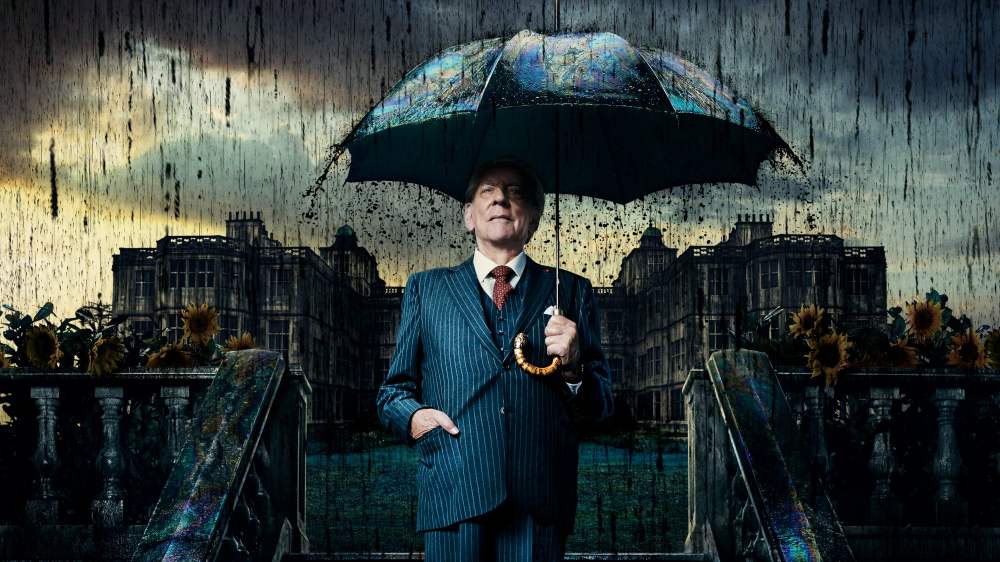 5 Trust
BBC Two
Some critics seem to have completely missed the point of Trust, comparing it unfavourably with the concurrent movie All The Money In The World, which covered much the same events. Instead, Trust operated on a far grander scale. Its star, Donald Sutherland, once commented on the genius of Federico Fellini, director of Casanova, that when he directed a close-up shot, Sutherland didn’t realise that it was planned for a scene in an entirely different part of the movie; and that’s the basis on which Trust operated, planting little seeds in early episodes that came to fruition only at the end.

On the surface, Trust was about the kidnapping of John Paul Getty III, and the poisonous influence on his family of his immensely rich grandfather, Getty Sr. But in fact, Trust was about the way in which the bright hopes of the 1960s were eroded and overshadowed by the darkness of the 1970s. Money, drugs, sex, politics, crime, class, culture, society… Trust had it all, picked out in beautifully staged set-pieces from Mafia weddings to daring escapes, and boardroom battles to Hollywood orgies, with diamond-sharp dialogue and minutely observed characters. Though it will probably be most highly regarded for the towering performance of Sutherland as the monstrous Getty Sr, Trust was a true ensemble piece, breathtaking in its planning and execution. Yes, it was a crime thriller, but its most ingenious trick was to smuggle an examination of society through an entire decade, into what was at first appearances a very simple plot.
Chris Jenkins 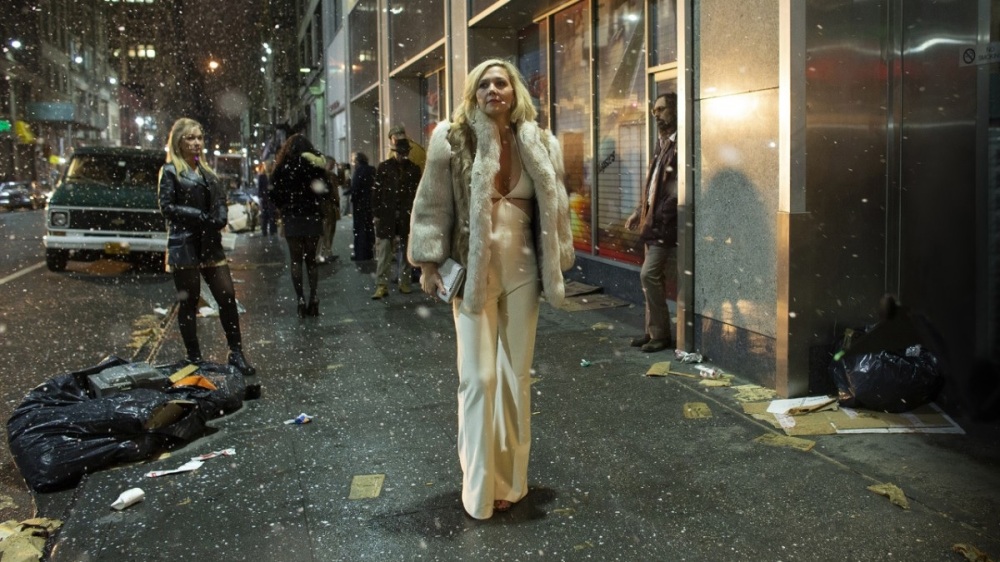 4 The Deuce (Series 2)
Sky Atlantic
Series one of David Simon and George Pelecanos’s exploration of 1970s New York and its nascent sex industry was so good we voted it number two in last year’s Top 20 chart. It was the closest thing to a modern take on Dickens – a large ensemble cast of characters all battling, surviving and failing to survive in an enclave that was at once grimy and yet oh-so-alive; where crime and opportunity rubbed shoulders in the most fractious way. In some respects, this second series was even better than the first. As disco and early punk and New Wave began to pulse throughout the bars in the neighbourhood, ambitions became lofty: each of the main characters (from James Franco’s Vincent and Maggie Gyllenhaal’s Candy to Gbenga Akinnagbe’s Larry Brown and Margarita Levieva’s Abi) all wanted to move on, move on up and move away. But if we’ve learned anything during these past two series, it’s that The Deuce itself is a character all of its own, and didn’t hesitate to flex its muscles by pulling them back, reminding them of their place, their social standing and what they really were. This push-pull, push-pull underpinned the whole series, and created some thrilling, often astonishing moments of drama. It was often dizzying, electrifying, brilliant stuff – crackling with energy and danger, and examining gender stereotypes, feminism, male identity, class and wealth, love and loss, identity and socio-economic politics along the way. Once again, Simon and Pelecanos proved that when it came to understanding both the human condition and the environments in which it rises or falls, there’s no one better.
Paul Hirons

FOR ALL OUR REVIEWS OF THE DEUCE CLICK HERE 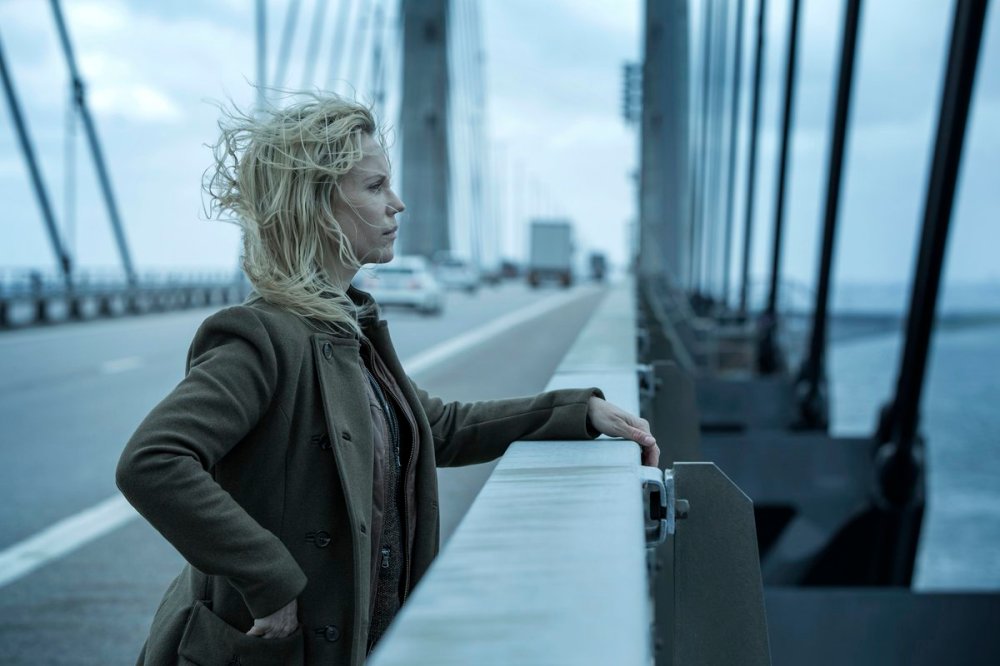 3 The Bridge (Series 4)
BBC Two
A previous winner of our Best Crime Drama Of The Year, it feels slightly heretical and slightly odd to put this final series of one of the best and most influential crime dramas of all time at only number three in our chart. But we must remain objective, and the plain fact of the matter was that this was not the best series of The Bridge – it tried to fit too many strands in, jumped from one location to the next uneasily and felt ever-so-slightly rushed. However, with all that being said, Hans Rosenfeldt and his team still managed to give Henrik and his family a future, and the star of the show, Saga Norén (played to perfection, as ever, by Sofia Helin) a clear path to peace and a modicum of happiness – something that we dared not wish for in case something awful happened to her. And, of course, throughout these four superb series, plenty of awful things did happen to her: everyone she seemingly got close to either disappeared, died or ended up in prison. Watching her process loss, guilt, trauma and grief, and to see her character develop and mature from one series to the next, became an intensely personal experience for us – never in the history of crime drama have we cared for a character as much as Saga Norén. And, as she stood on the Øresund Bridge (back to the beginning), stared out across towards the strait, that long, thick mane of blonde hair streaking across her face, she flung her police badge into the water and drove off to new beginnings. If ever there was a perfect ending for a perfectly imperfect character, this was it. Farewell, Saga Norén. Farewell.
Paul Hirons

TO READ ALL OUR REVIEWS OF THE BRIDGE CLICK HERE 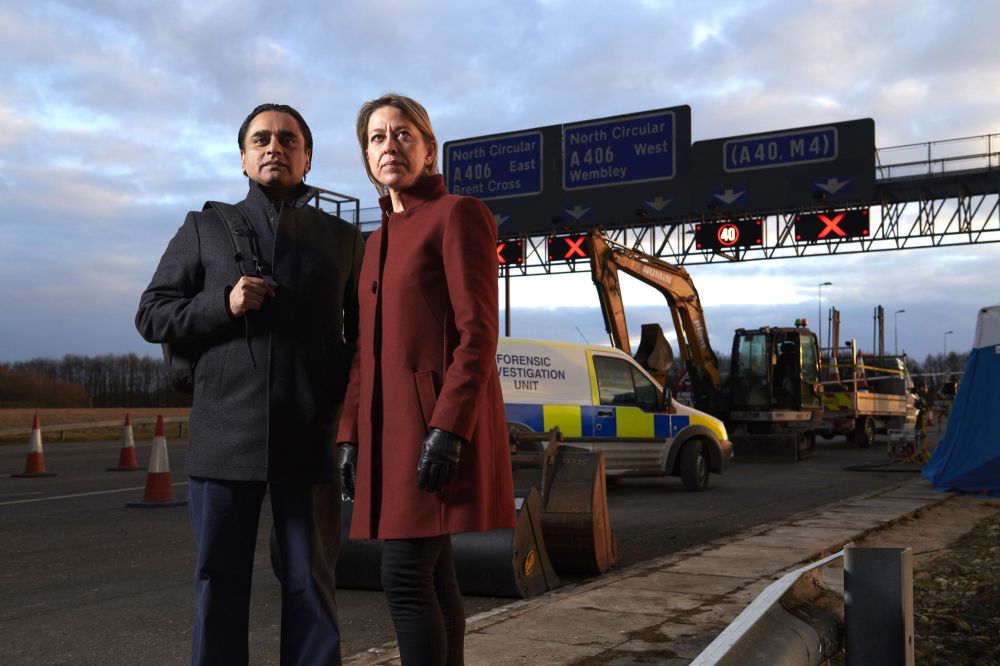 2 Unforgotten
ITV
The third series of Unforgotten yet again lived up to its name. This most unflashy of police procedurals remained in the memory long after transmission, thanks to creator and writer Chris Lang’s engrossing slow-burn approach of four suspects connected by a collective past and a cold case murder. This time its historical snapshot was Millennium Eve and the death of teenager Hayley Reid.

The superlative pairing of Nicola Walker as DCI Cassie Stuart and Sanjeev Bhaskar as DI Sunny Khan – the most human cops on the box – shone as brightly as ever while their characters’ mettle was tested by four old schoolfriends in a script that transcended most whodunnits.

Not for these two the wise-cracking hyperbole of average cop shows, Unforgotten presents murder not as titillating red-top sensationalism, but in all its social impact, heartache and, yes, even banality. Granted, the couple did come up against their first serial killer, GP Tim Finch (a gripping, glacial turn by Alex Jennings), but who in the real world do we generally trust more than the those in the medical profession? Dr Harold Shipman and nurse Beverley Allitt found similar trust plus opportunity. Series four is on the way – and we can’t wait.
Deborah Shrewsbury 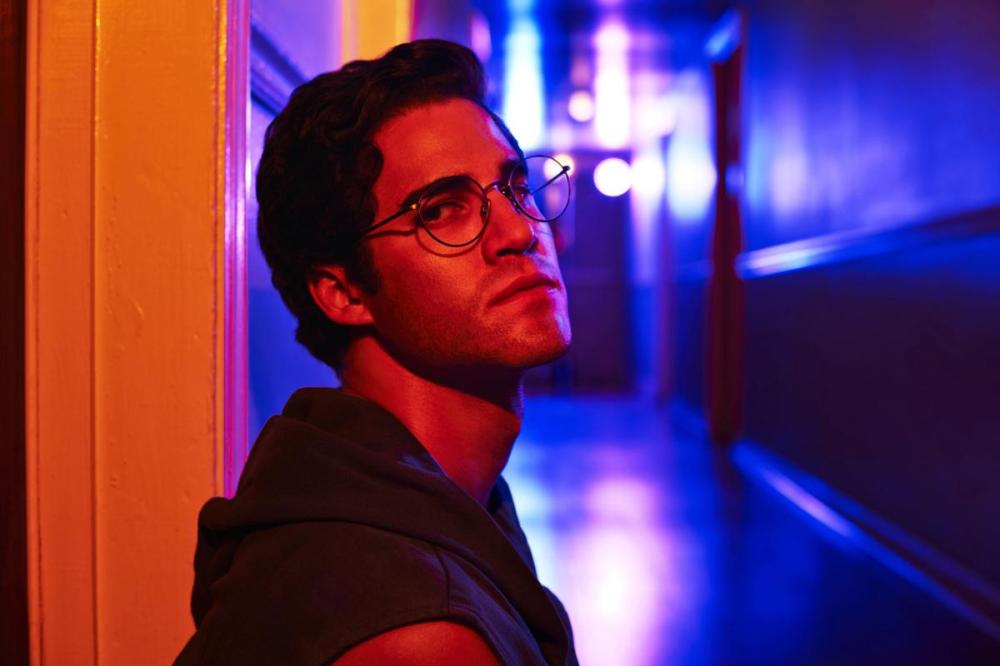 1 American Crime Story: The Assassination Of Gianni Versace
BBC Two
It’s rare that a drama stays with you for long, but American Crime Story: The Assassination Of Gianni Versace was most definitely one of them. On the surface, it was an archetypical dramatisation of a murder spree but beneath that there was so much more to process, including a searing indictment of homophobia in 1990s America. Superficial scanning might have also concluded that this would be a relatively standard study of vacuous 1990s opulence and excess. It wasn’t. Yes, there were the peculiar dynamics within the Versace family present, but as the layers peeled back this became a story about something completely different. At its centre, Darren Criss gave the performance of a lifetime as Andrew Cunanan, the narcissistic killer who brutally murdered his way across America. As we watched we saw a disturbed young man so desperate for fame and fortune, acceptance and love, that he created such a dizzying raft of different personalities – and weaved such a heady web of lies – it was difficult to know where, or who, he would be next.

The surrounding players in his maelstrom were equally amazing in their own roles, with special mention to Judith Light for her sublime performance as Marilyn Miglin and Jon Jon Briones as Andrew’s terrifying father.

American Crime Story: The Assassination Of Gianni Versace unpicked the American dream, expertly exposed prejudice and the culture of fame, and, in British screenwriter Tom Rob Smith, unearthed a real gem. A frankly flawless masterpiece of crime drama that should be essential viewing for any fan of the genre.
Andy D